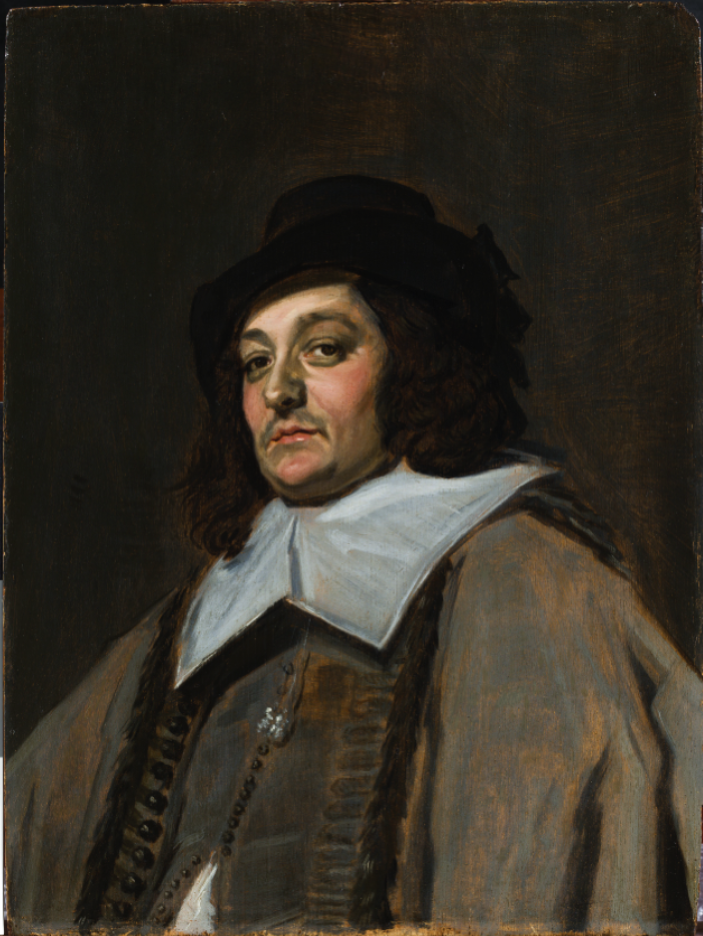 It was a few years ago, during a visit at his home, that the owner of this painting suddenly exclaimed ‘Wir brauchen Projekten!’ (We are looking for projects). His advanced age and growing frailty had severely limited his mobility, but mentally he was as sharp as ever. Thus he was convinced that technical art history provides the means to reveal a wealth of new information and that his paintings, too, should be looked at using the latest research methods.

When asked which painting I would choose for the next project, I immediately pointed to a portrait of a man giving us a slightly arrogant look from under his hat, which I knew very well from previous visits and which had traditionally been attributed to Frans Hals. The portrait had come into the owner’s collection as a bequest from Dr Heilgendorff who had originally acquired it on the advice of Dr Wilhelm von Bode. But over time its authenticity had fallen into doubt.

Because several important new Frans Hals paintings have been discovered in the Netherlands in recent years, I persuaded the owner that he should send the painting over from Germany for further analysis. I arranged to have it transported to the studio of conservator Martin Bijl in Alkmaar, who promptly set up a meeting with a group of Hals specialists consisting of Dr Pieter Biesboer, Norbert Middelkoop, Dr Claus Grimm and Anna Tummers, as well as costume expert Marieke de Winkel, dendrochronologist Peter Klein and technical art historian Annelies van Loon. By this point Martin himself had already found out that the customary imprimatura – the slightly coloured oily layer which is normally applied in between the ground layer and the final paint layer – was absent and that the painting had been executed alla prima (in one sitting).

Marieke de Winkel identified the sitter’s costume – a brown-grey cloak with braiding and a fur collar, of a kind that would not show stains from the muddy roads – as a typical travelling costume. Peter Klein analysed the panel’s growth rings to establish an execution date for the painting of circa 1650, and Annelies van Loon confirmed that the wet-in-wet structure of the pigments meant that the painting had indeed been executed in a highly spontaneous manner.

With this information in hand, it was only a small step to propose that the painting is probably a unique modello for a portrait commission. Thus the scenario may have been that the sitter, who remains so far unidentified, came to see Frans Hals in Haarlem to discuss a portrait commission; that Hals perhaps may instantly have painted this spontaneous sketch, or modello, on the spot.

Whether this is the true story behind the panel can of course not be confirmed. But the experts who examined the painting were all entirely convinced of its authenticity. What is more, they agreed that the ‘alla prima’ technique gives it a unique place within Hals’s oeuvre.